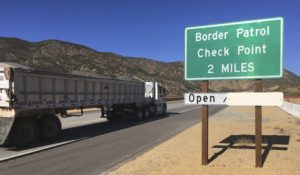 As an immigrant to the United States, I am proud to call myself an American. I felt strongly about integrating into the community and giving back to the place I call home. Unfortunately, open-border champions have blurred the line between legal and illegal immigrants, and have convinced many Americans that the rule of law no longer applies to our borders.

I left my native Lebanon 40 years ago because the lack of border security led to constant incursions by dangerous militants and others who robbed me and my neighbors of any sense of safety or security. Hoping to escape the anarchy that had engulfed my world, I moved nearly 7,000 miles to my current home in Escondido, Calif., in northern San Diego County. Moving to America, I hoped to find a community where I, and my family, could prosper while feeling safe and secure.

Illegal immigration along America’s Southwest border surged 230 percent in April compared to last year, according to a report issued by the Department of Homeland Security earlier this month. That statistic accompanied news that a caravan of about 2,000 migrants from Central America started arriving at a U.S. port of entry in southern California.

Together, these reports reveal the lack of an orderly and fair process to manage the escalating flow of both illegal immigrants and asylum-seekers to the United States. That flawed system creates both a humanitarian and a national security crisis at our border.

Yet America’s immigration challenge does not end at our doorstep. Because of “sanctuary city” jurisdictions—many recently emboldened by new State laws in California—law enforcement officers face dangerous obstacles to protecting our communities from the effects of a broken immigration system.

Under the guise of being pro-immigrant, these jurisdictions privilege a small group of criminals at the expense of the safety and well-being of American citizens, law enforcement, and law-abiding immigrants. 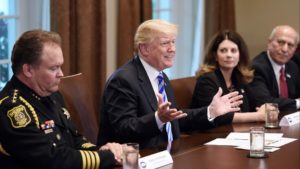